July 11:Top Ten Favourite Book Heroines
Celebrating incredible literary heroines is a wonderful thing, and there are so many smart, powerful, determined girls and women in fiction that I hope beyond hope that they inspire the girls (and boys) of the present and future. Here are some of my favourites, from childhood heroes to more recent additions: 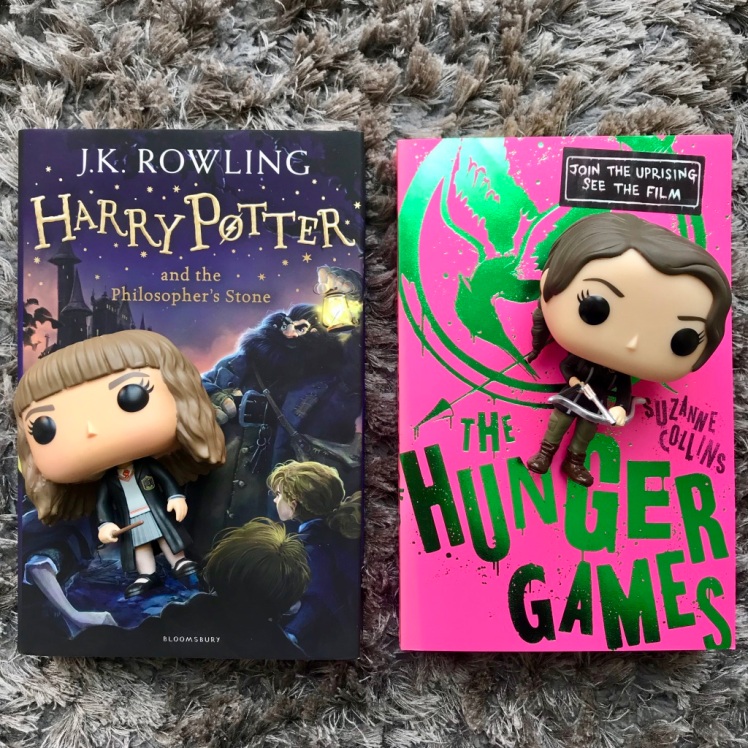 1. Hermione Granger (Harry Potter and the Philosopher’s Stone by J.K. Rowling)
Hermione showed my seven year-old self that it’s okay to be smart (not that I didn’t already know that) and that the best heroines aren’t necessarily wielding swords.

2. Katniss Everdeen (The Hunger Games by Suzanne Collins)
I’m kind of counteracting my last point, but Katniss is street-smart, calculated, and immensely loyal to those she loves.

4. Matilda Wormwood (Matilda by Roald Dahl)
Another example of brains outwitting brawn, Matilda is an incredibly clever child who eventually gets her happily ever after, which is no less than she deserves.

5. Clarke Griffin (The 100 by Kass Morgan)
Clarke is unyielding and selfless. She’s every inch the leader, and she’s made even stronger by her abilities as a doctor.

6. Louisa Clark (Me Before You by Jojo Moyes)
Lou is unintentionally funny, incredibly caring, and the ultimate fictional Hufflepuff. Her story is equally heartbreaking and uplifting.

7. Mia Thermopolis (The Princess Diaries by Meg Cabot)
The unexpected princess, Mia is absolutely not cut out for the royal lifestyle, but that’s precisely what makes her the perfect candidate.

8. Clare Abshire (The Time Traveler’s Wife by Audrey Niffenegger)
Having to deal with her husband’s time travelling condition is intense and scary, but Clare is devoted and a wonderful, passionate individual.

9. Lucy Pevensie (The Lion, the Witch and the Wardrobe by C.S. Lewis)
Although the Pevensie’s are all heroes in their own right, Lucy, as the youngest, has to fight to have her voice heard: and she’s worth listening to.

10. Persephone Hadley (Noughts and Crosses by Malorie Blackman)
Growing up in her society was difficult, (although she had the better end of the bargain), but Sephy is smart, educated and a well-rounded individual, who speaks up for the good of humanity.