June 13: Top Ten Best and Worst Fathers In Literature
With father’s day this Sunday, today we are celebrating the best fathers in literature, whilst simultaneously highlighting the worst examples. 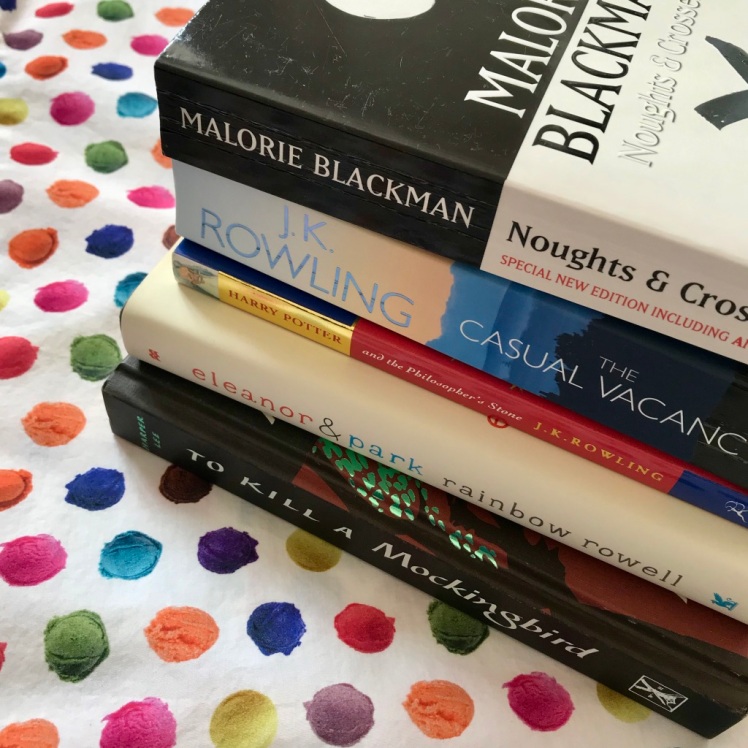 Worst
1. Matilda’s father (Matilda by Roald Dahl)
Mr. Wormwood is possibly one of the worst, most horrible fathers in children’s literature. He is angry and rude towards his daughter, and couldn’t care less about her wellbeing.

2. Dudley’s father (Harry Potter and the Philosopher’s Stone by J.K. Rowling)
Considering his lavish behaviour towards his flesh-and-blood, his horrendous attitude towards his nephew is all the more disappointing.

3. Eleanor’s step-father (Eleanor & Park by Rainbow Rowell)
He is cruel, angry and aggressive towards Eleanor’s entire family, and appears to represent the typical step-father in literature.

4. Christopher’s father (The Curious Incident of the Dog in the Night-Time by Mark Haddon)
Although he thinks he is protecting his son, his behaviour is smothering and ultimately drives his son away from him.

5. Everyone’s father (The Casual Vacancy by J.K. Rowling)
There isn’t a single adult in the entire novel that I believe to be a genuine, compassionate human being. Yes, they are all flawed, real humans, but they are all immensely frustrating.

Best
6. Robb’s father (A Game of Thrones by George R.R. Martin)
Ned is such a great father (unlike so many of the other characters in the series) to his children: he teaches them to stand up for what they believe in and what is right, and to fight wrongdoing and evil with good.

7. Bridget’s father (Bridget Jones’s Diary by Helen Fielding)
Whilst Bridget’s mother annoys me no end, her father is laid-back, loving and accepting of all his daughters opinions.

8. Edward’s father (Twilight by Stephenie Meyer)
Carlisle is so smart and calm, and is willing to fight to the death to defend his family and their beliefs.

9. Scout’s father (To Kill A Mockingbird by Harper Lee)
Atticus is such a wise, influential man, whose purpose in life is to defend the innocent, regardless of their background.

10. Callum’s father (Noughts and Crosses by Malorie Blackman)
He is a fierce protector of his family, and is willing to die for his beliefs and to keep them safe.