Another month, another tag! This tag has been floating around cyberspace for the last couple of months (but I saw it in written form on Heir of Ravenclaw), and it looked fun and different from everything I’ve done so far. The premise is very simple: you write down book character names on pieces of paper, and draw two at a time, and then decide if you ship the pairing or rip it. Lets go!

1. Christian Grey (Fifty Shades of Grey) & Harry Potter (Harry Potter) – RIP
“Just think how many more books I could have sold if Harry had been a bit more creative with his wand” (J.K. Rowling). I’m not entirely sure this is what Jo meant though. Gross.

2. Chaol Westfall (Throne of Glass) & Tamlin (A Court of Thorns and Roses) – RIP
I’m not sure what Sarah J. Maas would say about these two, but I think Chaol is too nice to be lumbered with Tamlin and be his servant.

3. Beatrice Prior (Divergent) & Effie Trinket (The Hunger Games) – RIP
Effie would hate Tris and her behaviour, although much like Katniss she’d admire her bravery, but they’d never work as a couple. Ever.

4. Arya Stark (A Game of Thrones) & Katniss Everdeen (The Hunger Games) – SHIP
Both are strong, independent women: Arya’s from a privileged background and is thrust into poverty, and Katniss is the opposite, so I think they’d work well together.

5. Draco Malfoy (Harry Potter) & Quentin Jacobsen (Paper Towns) – SHIP
This could be seriously sweet. I don’t believe that Draco is a bad guy and I think that Q could certainly aid in bringing out his good side.

6. Percy Jackson (Percy Jackson) & Hermione Granger (Harry Potter) – SHIP
Both are headstrong and smart (even if Percy is a little reckless – clearly this is Hermione’s type) and they are both accustomed to fighting monsters.

7. Voldemort (Harry Potter) & Jon Snow (A Game of Thrones) – RIP
Oh dear Lord – get it?! Voldy would have no qualms in murdering Jon so poor Snow has no chance.

8. Daenerys Targaryen (A Game of Thrones) & Margo Roth Spiegelman (Paper Towns) – SHIP
Both have the longest names in existence, and are strong independent women. Together they’d either restrain each other or travel the world hand in hand.

9. Edward Cullen (Twilight) & Finnick Odair (The Hunger Games) – SHIP
Yes, yes, yes. This ship makes me too happy! Both are drop dead gorgeous and have kick-ass fighting abilities, as well as being loyal and smart. 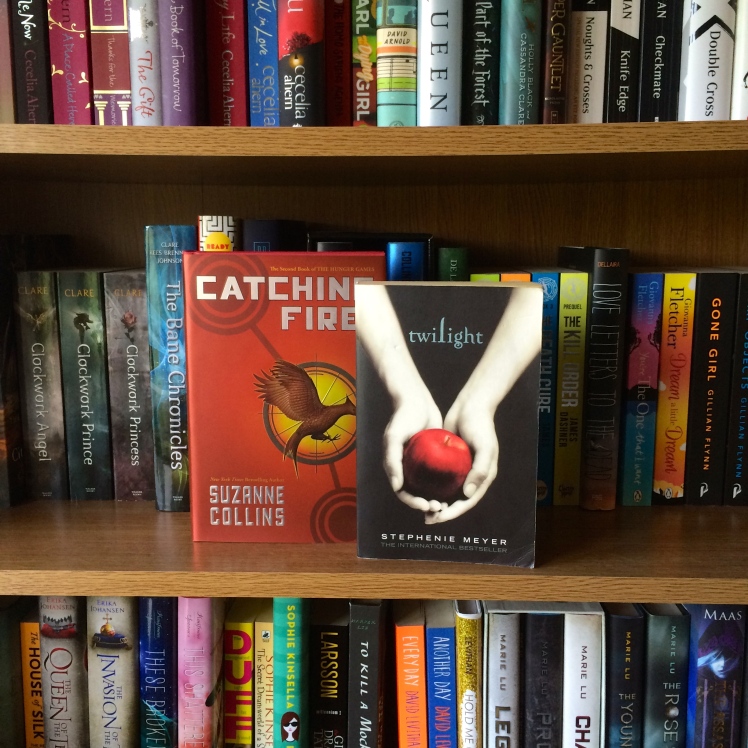 10. Peeta Mellark (The Hunger Games) & Bella Swan (Twilight) – SHIP
Bella would have struck gold with Peeta (like she did with Edward). They could have a nice, normal, human life together.

11. Alex Rider (Alex Rider) & Count Olaf (A Series of Unfortunate Events) – RIP
This is wrong on so many levels: first and foremost Alex is fourteen and Olaf is an old man. Also Alex is a good guy, and Olaf’s about as nasty as they get.

12. Rosalie Cullen (Twilight) & Amarantha (A Court of Thorns and Roses) – RIP
I’m not sure who would survive this pairing (I’m guessing Rosalie, but who knows where Ms. Maas is going with this series) but it would be an absolute blood bath!

13. Luna Lovegood (Harry Potter) & Dorian Havilliard (Throne of Glass) – SHIP
This could be cute. Luna is a free spirit and Dorian is the chivalrous gentleman who would bow to Luna’s strange requests.

14. President Snow (The Hunger Games) & Jacob Black (Twilight) – RIP
Poor Jake! Just no. Snow would probably have Jacob thrown into the arena as a Mutt or something. *cries*

15. Celaena Sardothien (Throne of Glass) & Aro (Twilight) – RIP
I’m not sure who would kill whom first (I’d guess Celaena would murder Aro – or try her very best at least – before he could set his cronies on her). It would just be horrific.