To celebrate the October 20 release of ‘Career of Evil’, the third novel in Robert Galbraith’s critically acclaimed Cormoran Strike series, an eclectic group of amateur detectives took on (and conquered) Time Run in London – and I was amongst them!

Ten teams of between 3 and 5 took part in the challenge, and were selected through a number of competitions.

Two teams at a time, the sleuths were led into a small room where they were greeted by a very suave gentleman, who briefed the teams about the challenge to come. 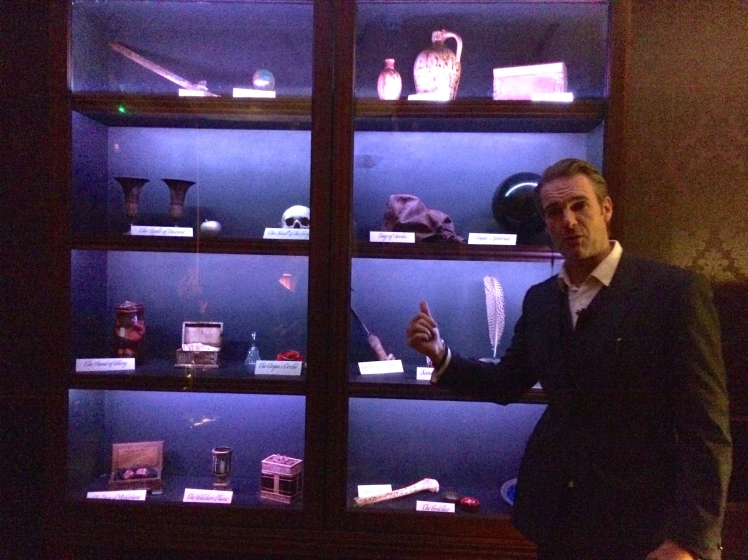 After being told that notorious writer Owen Quine has been mysteriously missing, we had to work against the clock to find the hidden Bombyx Mori manuscript.

Each team was given a maximum of 40 minutes to complete the puzzles, which I can only describe as being similar to the old TV show ‘The Crystal Maze’ – the two quickest teams to complete the mystery would win signed and dedicated copies of Galbraith’s new novel, ‘Career of Evil’.

Briefing over, the investigators were led down a long hotel-like corridor and into a dark room, illuminated only by a florescent arch, which was to be the entrance to the quest.

A few minutes later it was game on.

The teams were each led into a small office space, which contained a desk, chair, table with a smattering of puzzle pieces, cabinet, chest, briefcase and a few decorative items, much of which was locked and sealed. They had to channel their inner Cormoran Strike to crack the various codes (and there were quite a few to crack prior to the finale), to release the manuscript and exit as quickly as possible.

The exact procedure cannot be divulged, as it would spoil a truly excellent experience. Everyone who participated was treated to a goody bag with a copy of ‘Career of Evil’, a box of Strike branded matches, Cormoran Strike’s business card (only for use in particularly tricky investigations), a bottle of Strike’s favourite beverage Doom Bar Amber Ale, and, of course, the memories of posing as detectives for the day.

The competition was fierce, but concluded with teams 3 and 7 triumphing and securing the coveted prize (unfortunately I wasn’t amongst them), but it was an amazingly fun-filled experience stepping into Strike’s shoes for a day, and it was great to catch up with old friends as well as making new ones.