June 16: Top Ten Books On My TBR For Summer 2015
It’s summer! Summer means freedom, ergo, plenty of time to read. As usual, there are many dozens of books on my TBR list, but these are ten books I hope to finally read over the next three months (by September 21st). I’ve generally chosen “lighter” books, as it’s summer, and I don’t wish to feel overly depressed, but there are some deeper and more thought-provoking novels accompanying them. 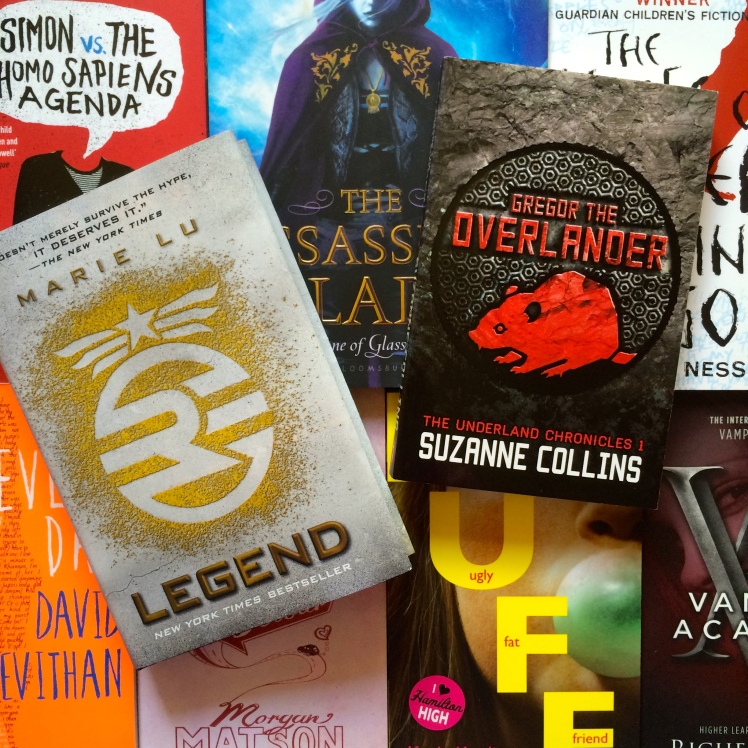 1. The Assassin’s Blade by Sarah J. Maas
Sarah J. Maas is my new favourite author. I devoured the three novels I’ve read so far, so I’m excited to get into the ‘Throne of Glass’ novellas – I’m hoping they provide me with adequate background information on all the characters.

2. Vampire Academy by Richelle Mead
This series keeps getting mentioned as the best thing since ‘Twilight’, and since I’m on the brink of finishing that series, I think I’ll need something to dilute my sadness. The premise sounds good anyway.

3. Simon vs. the Homo Sapiens Agenda by Becky Albertalli
This LGBT book has exploded on booktube/bookstagram over the last couple of months, and it sounds really interesting. I’m not sure whether it’s addressed in a light-hearted manner, or takes a more serious tone, but I’m excited to find out.

4. Me and Earl and the Dying Girl by Jesse Andrews
This book has been compared to many in YA, and the general consensus amongst those who have read it is that they either love it or hate it. I enjoy a marmite book. Apparently it’s laugh out loud funny to those who enjoyed it, but can be taken offensively by others. I’m intrigued.

5. The Duff by Kody Keplinger
I can’t be the only one to have thought this book was about a teenage pregnancy?! In the UK, “up the duff” means pregnant, so it was a logical (albeit incorrect) assumption. It’s just been made into a movie, and the trailer reminded me of ‘Mean Girls’ so I have high expectations for this novel.

6. Legend by Marie Lu
I’ve been meaning to read the ‘Legend’ trilogy since Christmas, as I’ve heard it compared to ‘The Hunger Games’ (which I love). Other than that, I’m going into it relatively blind, which is exciting.

7. The Knife of Never Letting Go by Patrick Ness
This is a book I’m going into completely blind, except that I am aware that it is a dystopian. Patrick Ness has been cropping up time and time again (I’ve never read a book by him before), usually with amazing views, and I’ve heard this trilogy is amazing.

8. Amy and Roger’s Epic Detour by Morgan Matson
I read (and loved) ‘Since You’ve Been Gone’ last month, so it’s only logical that I read another Morgan Matson book this summer. This book sounds equally fun and cutesy, so I’m looking forward to this contemporary read – perhaps by the pool in France?!

10. Every Day by David Levithan
I have an idea about what to expect from this book, and it sounds very intriguing and different from everything I’ve read before – sort of like the movie ‘Groundhog Day’ meets ‘The Time Traveler’s Wife’ (or at least that’s what I believe it to be). We’ll have to see.