As well as my love and obsession with books and concerts, I am also a passionate football fan, and season ticket holder at Bristol City.

Bristol’s road to Wembley (in the Johnstone’s Paint Trophy) began on October 8, 2014. With four wins secured, a second-leg draw with Gillingham was enough to confirm their place in the final, on March 22, 2015.

The date rolled around extremely quickly – suddenly, my family and I were Wembley bound, to watch our team play in the final, against Walsall. Bristol were firm favourites going into the match, being 15 places, and 37 points ahead – and I for one was confident going into the match that we would end as Champions! 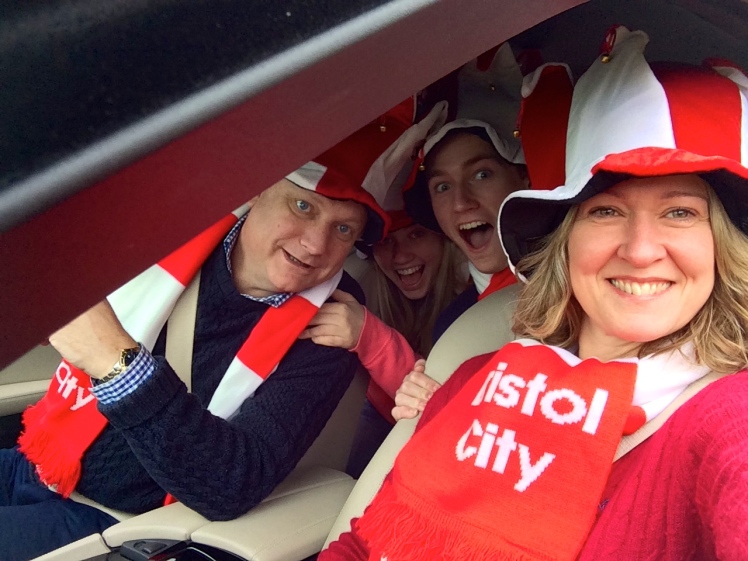 We arrived well ahead of time, so we enjoyed watching the 6-a-side match that preceded the main event, followed by the players warming up. Bristol City brought a magnificent following of 40,000, so the atmosphere was electric (however, I didn’t think it was as loud as the FA Cup tie with West Ham at Ashton Gate earlier in the season).

Come 3.15pm, when the television transmission began, it all grew very serious. The teams came out of the tunnel to rapturous applause, we sung the national anthem, and at 3.30pm, the match kicked off.

City were in control from the first whistle – Walsall hardly touched the ball. It was only a matter of time before we broke the deadlock. Flint headed in Pack’s corner on 15 minutes, and the Bristol fans went wild. Both sides came close to scoring next, but the half-time whistle was blown on 1-0.

The second half brought more of the same. I never once got overly nervous that Walsall would equalise, and when Little netted Bristol’s second on 51 minutes, the party started. Unsurprisingly, that goal effectively killed the game. The only surprise was that City didn’t get a third.

2-0 at full time. What a great day to be a Bristol City fan!

We had an absolutely magnificent day. One trophy bagged, one to go!

2 thoughts on “We Are Wembley”