A couple of weeks ago, I felt an unexpected desire to read ‘New Moon’ by Stephenie Meyer. Having previously only read Twilight (in 2013) which I awarded 6/10, I knew I was probably going to pick up the next book in the series at some point, I just didn’t know when. Having completed this supernatural story, it checks off #7 (and my 10th book of the year) A book with non-human characters for the 2015 Reading Challenge.

With vampires and werewolves aplenty, ‘New Moon’ was just the read I needed following a number of contemporaries, and I’m not ashamed to say that I loved it. Probably a little bit too much for a 21-year-old.

My Goodreads Review
“‘New Moon’ is the second book in Stephenie Meyer’s hit vampire/werewolf series, ‘Twilight’. This book begins with Bella turning 18, a year older than vampire Edward will ever be (despite his “actual” age being 109). The Cullens host a birthday party for Bella, much to her dismay, but when something as small and insignificant as a paper cut leads to a conflict, the Cullens pack up and leave Forks, and Bella.
Whilst in her depressive state, Bella learns that by putting herself in danger, she has visions of Edward, so she looks for thrills that prove to her that he was real. This leads her to Jacob, when she finds two motorbikes that are badly in need of repairing. Jacob fixes up the bikes (with no help from Bella, other than her company), which pulls Bella out of her depressive state, until the day that Jake gets sick. After a period of no contact, Bella investigates and (thanks to the legends that Jacob told her in ‘Twilight’) realises that Jake is now a werewolf, thanks to the threat of vampires in the area (who coincidentally are hunting Bella).
When Bella finds her next thrill in cliff diving, Alice (Edward’s sister) shows up at her house, believing she was dead. Edward finds out about Alice’s vision and heads to Italy, to the Volturi, to end his life. Can Bella and Alice stop him before it’s too late?” 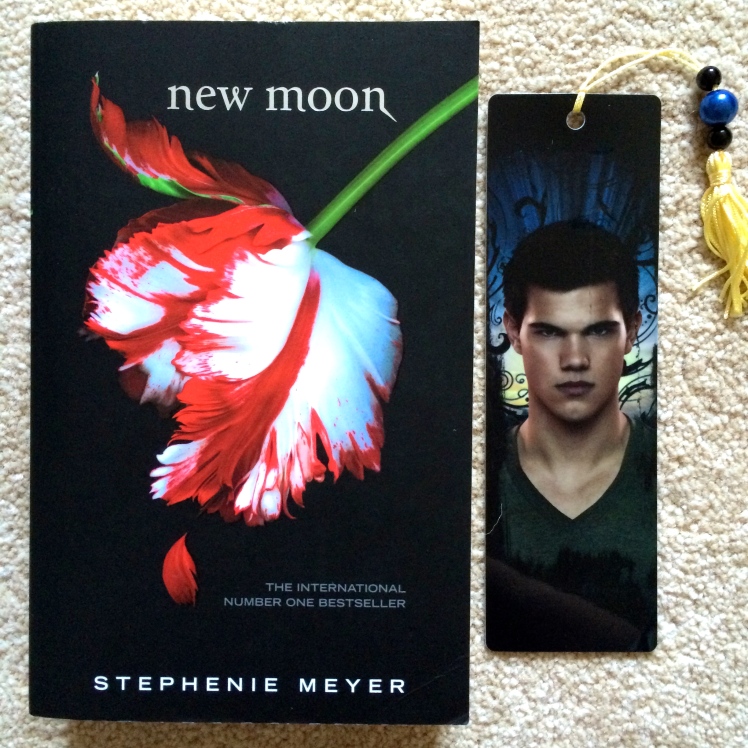 I do feel the animosity towards Bella is largely unjustified. I felt I understood her feelings much better in this second volume. I would like to note that before reading this (having seen all five films) I was entirely team Jacob, but I have been persuaded over to the dark side somewhat (not enough to warrant not wanting Taylor Lautner though!) I will definitely be continuing on with this series, it’s just a matter of when, as I am notoriously bad at marathoning series (the fact that it’s been almost two years since I read ‘Twilight’ means that I should have ‘Breaking Dawn’ finished by 2019!)

Ten down, forty to go.